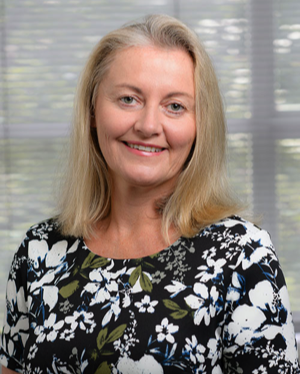 Associate Professor Diana Robinson has more than 26 years of clinical experience as a Sport and Exercise Physician. She was awarded Fellowship of the Australasian College of Sport and Exercise Physicians (FACSEP) in 1995. She is an Adjunct Associate Professor at the University of Notre Dame, Sydney. She has a strong interest in mechanical conditions of the Sacro-iliac joint and low back, as well as lower limb and shoulder injury and how issues of technique, equipment, biomechanics and training errors contribute to injury. Her focus is to ensure that every patient, no matter what level of activity they enjoy, has a safe and effective return to activity, whether that be recreational or serious sport, and work. Diana’s interest extends to issues affecting the exercising woman, such as menstrual disorders and disordered eating behaviours and the associated Relative Energy Deficiency in Sport (RED-S).

Diana enjoys caring for patients with medical conditions such as Insulin Resistance, Diabetes, Hypertension and other chronic conditions, assisting with exercise prescription and appropriate dietary advice where needed.

Diana serves on the FINA (World Organising Committee for Aquatic Sports) Doping Control Board and Therapeutic Use Exemption (TUE) Committee, as well as the International Testing Agency TUE committee. She was honoured with a Distinguished Service Citation in February 2016 by the Australasian College of Sport and Exercise Physicians for service to the College, in roles such as Chair of Training, Board of Censors member, Project Manager for STP Education Projects, Advisory committee roles and lead role in Curriculum development.

Diana is the Deputy Editor of BMJ Open Sports Medicine journal. She has authored peer reviewed papers on non-hormonal performance enhancing drugs and methods for Uptodate, an online Medical educational service for doctors. She holds a statutory position on the TGA Advisory Committee for Medicines Scheduling, and in the past served on the Antidoping Rule Violation Panel, another statutory role, for 8 years.

Diana has been involved with the A-League football series in athlete and on-field care. She has been the Australian Team Doctor for the Commonwealth Games and Medical Director of Triathlon at the Sydney 2000 Olympic Games. She was Medical Director of Triathlon Australia 1993-2002 and Australian Sailing doctor in the years leading up to the Sydney Olympics. She has been a member of the International Triathlon Union (ITU) Doping Commission and the ITU Medical Commission. She has been the Medical director of the Uncle Toby’s Surf Life Saving Ironman Series, the Devondale Women’s surf lifesaving series, the Triathlon Grand Prix, and many international World Cup and World Championship Triathlons. She has also worked with Rugby League, Rugby Union (Warringah RUFC), Track Cycling, Women’s Hockey, Judo, Rowing, Tennis, Gymnastics, Ballet and Modern Dance at an elite level. Diana has been the Medical Director for the "So You Think You Can Dance" TV show and was the Honorary Doctor for the Leichhardt Rowing club.

A/Prof Robinson has published many articles in the area of exercise in pregnancy, antidoping, cardiac conditions in the athlete, international sports medicine syllabus and sacroiliac joint dysfunction.